This was one of the easier hiking adventures we've had in the Smoky Mountains.   We chose to extend this hike and take the road back to the parking lot creating an 8.5 mile hike and cooled off in the river once we got back to the car.  Take some extra clothes and a towel and enjoy the river.  It's absolutely worth it!

The engine, a Nichols and Shepard self-propelled, steam-powered machine, known as a traction engine, was brought to the area in the 1920's to saw wood for the Greenbrier School. During its return trip the driver wasn't able to execute a switchback, and the engine tumbled into Injun Creek. Many of its parts were salvaged, but the rest was left to rust in the creek bed.

As you ascend the ridge out of the Greenbrier Valley several mountains that form the crest of the eastern Smoky Mountains will be visible towards the south. If you look behind you, towards the east, 6417-foot Mt. Chapman will dominate the view. 6023-foot Mt. Sequoia will also be visible. Directly south will be Charlie's Bunion, and looking a little further towards the right you'll be able to see 6593-foot Mt. LeConte. Once spring arrives and the trees leaf out, however, the views of the mountains won't be as visible.

rhododendron-creekFrom the trailhead the trail climbs fairly rapidly, gaining roughly 270 feet in only two-thirds of a mile, before it begins a gentle descent down to Rhododendron Creek.

At roughly nine-tenths of a mile from the trailhead hikers will reach Rhododendron Creek. This is the first of five crossings without the benefit of a footbridge. During the rainy seasons the creek is virtually impassable due to high water - if you wish to keep your feet dry. If you look around a little further upstream you may be able to find a spot to cross. The summer and fall time periods are usually drier, and are much better times to hike this trail when high water usually isn't an issue.

Over the course of the next 1.2 miles the trail will cross Rhododendron Creek four more times. We hiked this trail in March when water levels were relatively high, however, we were still able to find places to get across, though some were a little tricky.

The Greenbrier area of the Great Smoky Mountains was first settled by Euro-Americans when brothers William and Middleton Whaley arrived in the valley around 1800. As the community grew, settlers scattered throughout the adjoining valleys. As you proceed up the Rhododendron Creek valley you'll pass several old homestead sites that were once part of a community known as Big Laurel (or Laurel Creek), a name derived from Laurel Creek, which was the name for Rhododendron Creek at that time.

At roughly 2.1 miles the trail leaves the creek and begins ascending the ridge to James Gap. As you climb the trail passes through several long rhododendron tunnels. At roughly 2.85 miles hikers will reach the top of the ridge at James Gap. From here the trail makes a quick descent down to Injun Creek where you'll find the remains of an old steam engine lying in the creek. 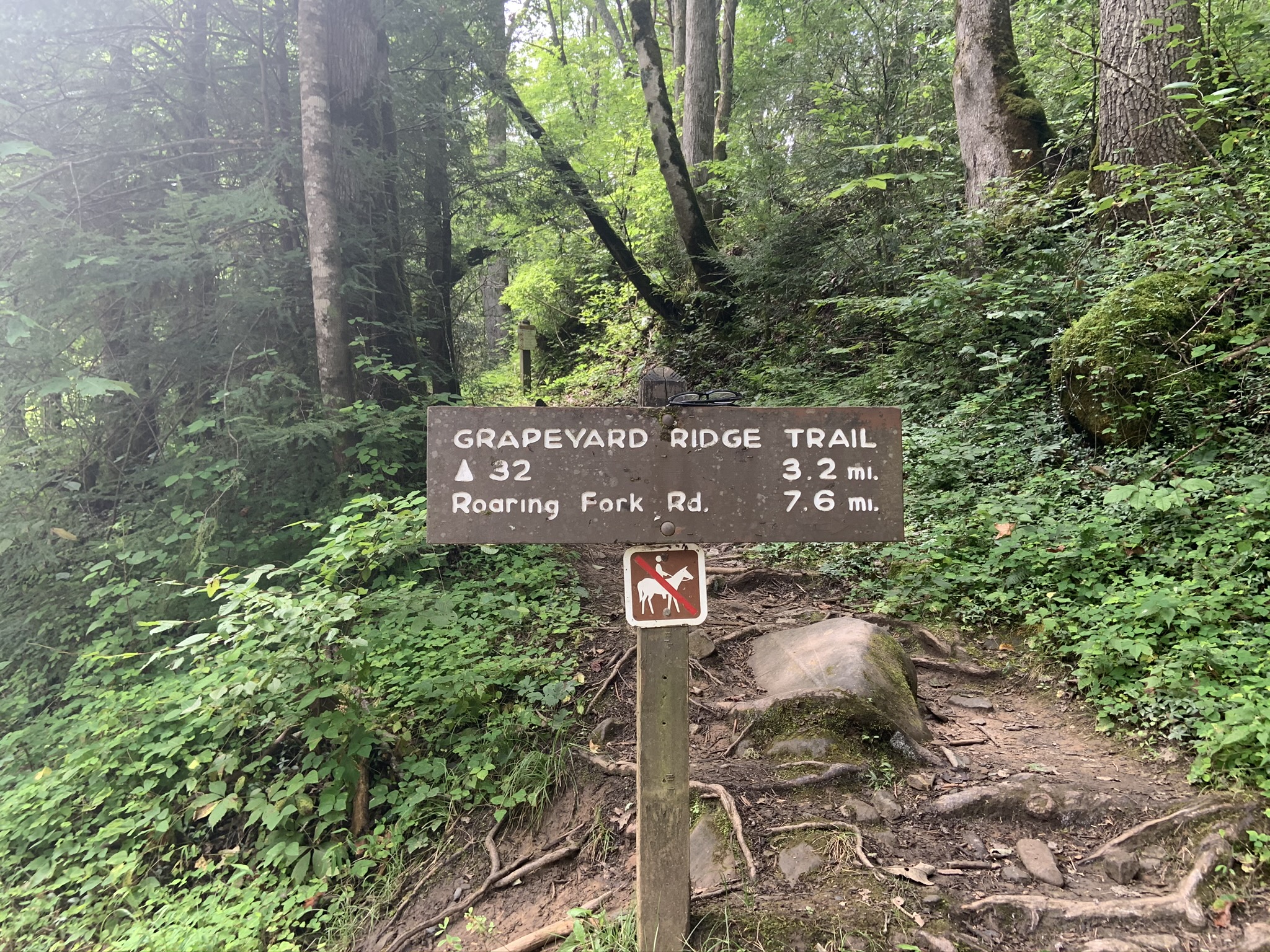